According to the journal I kept in second grade, I wanted to be one of two things when I grew up —
a journalist or a "well-educated singer." I have a really bad voice.

I'm an accomplished storyteller — journalist, technology and innovation writer, music reviewer — with a relentless curiosity about people. From spending two years covering an infamous murder trial in Marin County to interviewing innovation leaders from all over the globe, I continue to ask questions aimed at driving change, boosting business, and bettering the world.

Nearly 6-feet, 5-inches tall, Chrisfino Kenyatta Leal stood before San Quentin State Prison’s gate. Smiling, he took a deep breath and reflected on nearly two decades behind bars before walking into the prison courtyard and hugging a group of old friends. It was the first time he’d been back since his release on July 3 of last year. 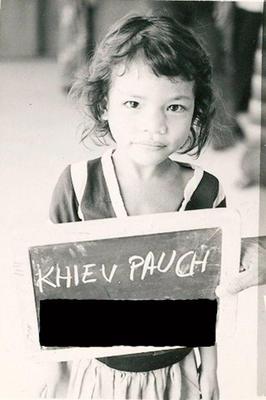 In 1981, two years after the fall of the Khmer Rouge — the communist dictatorship responsible for the imprisonment, torture and murder of millions of its civilians — the last group in a wave of Cambodian refugees landed at Hamilton Air Force Base. Novato resident Pauch Khiev was just five years old when the plane’s wheels braked along the turf of the landing strip. She and some of her family stayed a single night, but returned permanently years later after gaining U.S. citizenship. 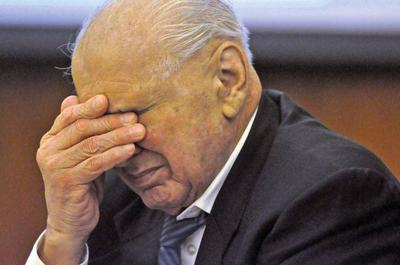 Un-rooted and devoted, Renee Shapiro was known to travel the world fueled by the rhythm of a Bob Dylan song. She reportedly declined rides with friends, hitchhiking her way across state lines with thumbs out along desolate highways. On her way to Dylan’s shows, she introduced herself as someone else, the only name most people knew her by – Sara Shapiro. 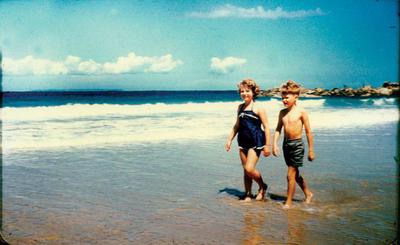 It's never too late

Andrew Smith calmly sat as a needle repeatedly punctured his skin, injecting colored ink into his left shoulder. The symbolic tattooed hand represents the end of his internal struggle – one that lingered inside him for 50 years. “To me, the tattoo means that it won’t go any further than this,” Smith said. “It’s time for this to stop.” 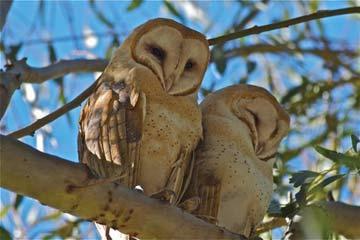 His lens, her words

Trees hover over a San Rafael creek on Smith Ranch Road. Ospreys peek through their branches. Flocks of wild birds swoop low and glide over the water’s crest as San Rafael resident Don Moseman aims his lens. “There’s nothing like an animal in the wild, Moseman said. He began photographing Marin County wildlife in 2004, after more than 30 years in San Quentin State Prison. 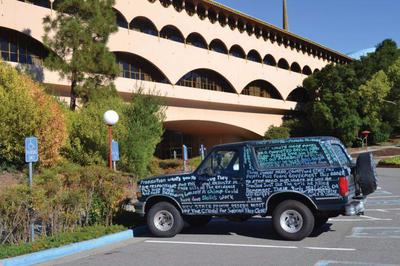 Roxene Roggasch was a fighter from birth. At just three days old, doctors removed her left lung. But the redheaded, freckled girl persevered, growing into the “tough” woman who, her siblings say, vigorously fought for her life. At 15, Roxene ran from a reportedly violent home and began prostituting. On Jan. 11, 1977, her naked body was found bound and strangled to death on the side of Sir Francis Drake Boulevard in Fairfax. 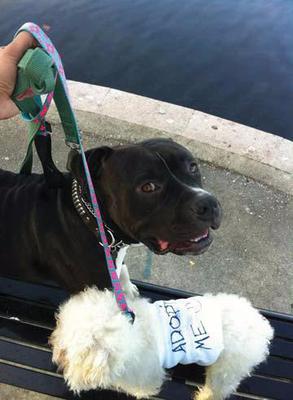 Driving home from one of our routine visits to Petco – our dog Bubba’s favorite pit stop – my roommate and I turned onto International Boulevard in Oakland seconds before a small dog bolted toward traffic. As the tiny, curly mutt (what we later discovered was a Bichon Frisé and Poodle mix) dodged behind parked cars, we frantically pulled over, jumped out and slowly followed him up the sidewalk. Filthy, matted and emaciated, it wasn’t until our 80-pound American Bulldog-Pit Bull mix jumped out of the backseat, that he allowed me to gently scoop him into my arms.

Dr. Jane Goodall belted out a chimpanzee call before a few hundred eager fans Friday afternoon. The crowd roared in applause while many rushed toward the back of the auditorium to pick up a signed copy of her latest book, “Seeds of Hope: Wisdom and Wonder from the World of Plants.” “[Chimpanzees always] knew that I wasn’t going to hurt them,” said Goodall, who spent more than 50 years researching wild chimpanzees. “We built a trust. Trust is the only way conservation will work.” 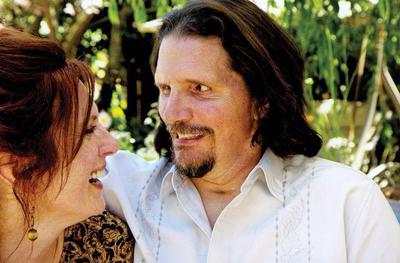 Alanna Scott kneels beside her husband Brad, their hands tightly intertwined – she fondly looks up, smiling, laughing and gently wipes his mouth. Their affection is obvious; she remains on the floor for more than an hour, telling the story of their “passionate love affair” and how it has grown even stronger after Brad’s brain injury bound him to a wheelchair, leaving him unable to talk, swallow or function on his own. 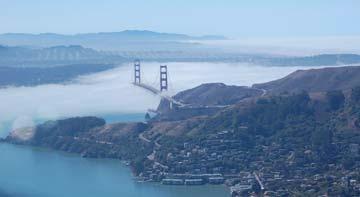 Up in the air

Facing Gnoss Field’s runway, the 1968 Beech Bonanza V35ATC six-seater increased in speed and lifted off the ground, rising in altitude through a beautiful Marin skyline Aug. 29. Within minutes the plane overlooked Alcatraz, San Francisco and the Golden Gate Bridge, which was blanketed in thick fog. The turquoise bay mirrored the landscape until hitting the Marin coastline, which, too, was engulfed by fog. Pilot Bruce Wold circled the Bay, pointing to various iconic landmarks along the way. Wold fell in love with aviation as a teenager, admitting that time in the sky is like no other. 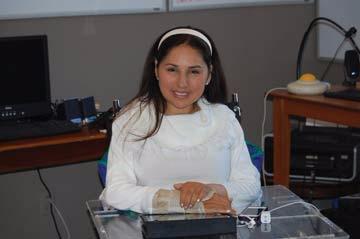 A white earpiece connects to a cellphone atop a piece of Plexiglas surrounding her wheelchair. Her limp yet functional fingertips push the screen to accept a call — one of many throughout the day from an ever-growing client base. Novato’s Abelina Magana, a mother of three teenagers, is an optimistic woman, a quality she says was essential in her survival, her recovery and her journey back to work in May. 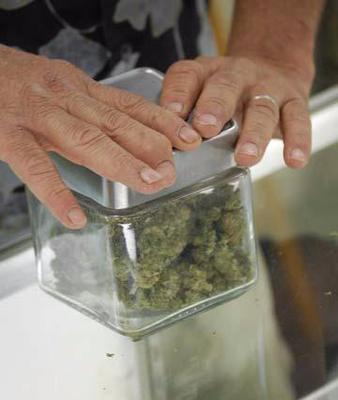 Lawrence Pebbles, owner of Novato marijuana dispensary the Green Door Wellness Center, is asking the city to support more than 1,900 local patients by allowing them safe access to medical marijuana. While medical-marijuana dispensaries have been forced out of California cities at an alarming rate, Pebbles has been outspoken on recent federal busts and remains open for his Novato client base. 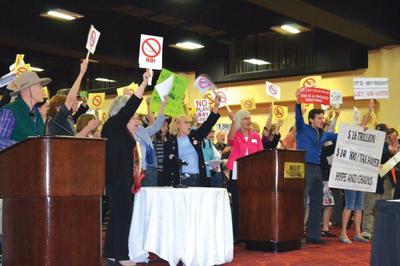 Marin up in arms over Plan Bay Area

Novato Mayor and ABAG Executive Board Member Pat Eklund was the only Marin representative July 18 to abstain from voting for the approved Plan Bay Area at Oakland’s Marriot Hotel. PBA is a proposed long-term regional plan meant to accommodate population growth over the next few decades while meeting state mandates for cutting air pollution and improving access to public transportation. 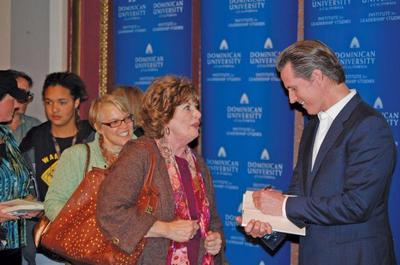 It wasn’t surprising that Dominican University’s Angelico Hall was packed Wednesday night, as Lt. Governor and former San Francisco mayor Gavin Newsom greeted the crowd with a joke. The easy-going and relatable Democrat spoke about his new book ‘Citizenville: How to Take the Town Square Digital and Reinvent Government” as part of the university’s free Leadership Lecture Series, in partnership with the small-town Corte Madera bookstore Book Passage.
Close ✕